Seeler Industries, Inc. is a national leader in the marketing, handling, and terminaling of hydrogen peroxide. Hydrogen peroxide is used as an oxidizer, bleaching agent, and antiseptic in a multitude of different applications.

As hydrogen peroxide decomposes, it liberates only oxygen, water, and heat; allowing it to be used in a variety of ecological or environmental sensitive processes. These processes include wastewater treatment, potable water treatment, mining, and the oil/gas industries.

Hydrogen peroxide is also considered Generally Regarded as Safe (GRAS) by the United States Food and Drug Administration (FDA). This allows hydrogen peroxide to be used as a food processing aid and food treatment chemical according to the guidelines outlined by the FDA. Furthermore hydrogen peroxide is widely used as a sterilizing agent in aseptic packing and other surfaces that come in contact with food intended for human consumption.

In acidic solutions, hydrogen peroxide has more oxidation potential than chlorine, chlorine dioxide, and potassium permanganate while being reduced to only those microbiological friendly products mentioned above. These properties allow hydrogen peroxide to be used effectively as a disinfectant, oxidant, and cleaning agent in the cosmetics, medicine, and electronics industry. 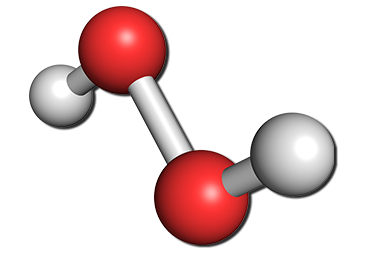 Attentive, efficient and courteous employees are available to assist you with your product and service needs. Seeler Industries will work hand-in-hand to ensure that your needs are fulfilled in a timely, cost-effective and professional manner. Our customer service staff is ready and willing to provide you with or help you with: cost-effective pricing, order tracking, order processing, inventory management,product scheduling, product information, technical support, logistic support and providing activity reports.
Contact Us